The university of Ostrava in velvet attire

The days are getting shorter, the evenings are getting longer, the pavements are bordered by fallen leaves and the morning cool air forces us to put on our coats. As November is approaching, the University of Ostrava also puts on a velvet attire and goes towards magnificent celebrations of the 30th anniversary of freedom.

Throughout this year, the University of Ostrava has been commemorating 30 years that have passed since the Velvet revolution. At the end of the autumn period, the celebrations linked to this crucial milestone will reach its peak and the academic community as well as wide public may look forward to many remarkable events associated with the theme of freedom and democracy dedicated not only to students. Let’s commemorate together the values and principles based on which we have created the pillars of our contemporary society! 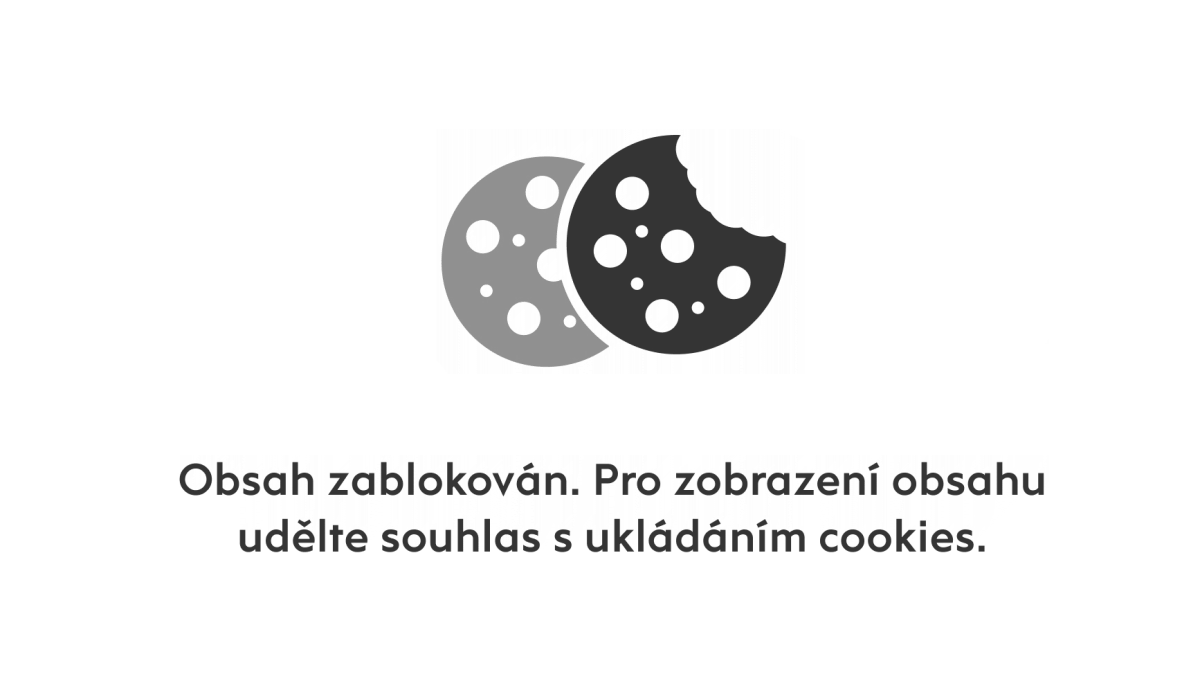 30 YEARS OF THE FREEDOM OF THE MEDIA / PANEL DISCUSSION

What changes have occurred with the arrival of the Internet and social networks and why is the freedom of speech and in particular the independence of media so important even 30 years after the fall of totalitarianism? What function do the public media, social networks and the Internet fulfil? The Faculty of Arts in cooperation with the Czech Television organize a discussion on changes in TV reporting and journalism over the past 30 years, which will be hosted by Robert Antonín. The University of Ostrava will be represented by Jan Malura from the Department of Czech Literature and Literary Criticism and Petr Kopecký from the Department of English and American Studies. The Czech Television will be represented by Iva Kubánková and Kamil Švec, political scientist and analyst from ČT24.

THE ACADEMIC DAY OF THE UNIVERSITY OF OSTRAVA

The traditional Academic Day of the University of Ostrava will again be held in a solemn atmosphere. The Rector of the University will award not only eminent academics and talented students but also significant defenders of freedom and democracy. Rector Jan Lata will give a special award of the University of Ostrava to Petr Pithart, Czech historian and politician, and to Adam Michnik, Polish journalist and historian. It will be for the very first time that you will have the opportunity to see unique videos resulting from the cooperation between the university and outstanding actors and film-makers from Ostrava on the silver screen. The videos draw attention to the absurdities of totalitarian regime and irreplaceability of students’ voice in our society.

30 Czech and Slovak authors will present unique timeline reflecting the development of freedom and democracy from the end of totalitarianism up to now. The artists of all age groups were involved in this project – those who witnessed past regimes as well as young generation, which got the picture of the era before November 1989 mainly from the history lessons at school.

Viktor Frešo is a significant Slovak artist who exhibited his art at many European, North American and Asian exhibitions last year. His paintings and sculptures represent not only a contemporary artistic language communicating current artistic situation in global contexts, but they also actively express author’s attitude towards persisting social-political or rather moral deformations. Curator of this exhibition is Vladimír Beskid, Slovak theorist and curator.

DEBATE ON CREATIVE FREEDOM / IN COOPERATION WITH THE CENTRE “PANT”

Dan Konczyna will host Ladislav Vrchovský, a theatre publicist and journalist, Jiří Surůvka, a painter, performer photograph and UO representative, and Vladivojna La Chia, an artist, lyrics writer and singer. These distinctive creative personalities from Ostrava will meet to talk about freedom and the lack of freedom; about free creation in the unfreedom of communist totalitarianism and about the difficulties in creative freedom of current art which is abundant in commercialism.

FREEDOM DRESSED IN VELVET: THE WORLD OF YESTERDAY AND TODAY SEEN BY STUDENTS / PANEL DISCUSSION

What did freedom mean for students in pre-revolutionary era? How have its meaning and related values in our society changed over the past years? And how has the student activism been developing in the Czech Republic? Different representations of freedom in past, present and future will be discussed by Jan Malura, the then participant in the Velvet Revolution in Ostrava and current university lecturer, Libor Magdoň, a member of student strike committee and current secondary school teacher, and Ema Ostřížková, a student and organizer of strikes for climate in Ostrava. Hosted by Dan Konczyna.

CEREMONIAL UNVEILING OF COMMEMORATIVE PLAQUE IN REMEMBRANCE OF STUDENTS

On the International Students’ Day, the representatives of the University of Ostrava will unveil the commemorative plaque dedicated to students who fought for freedom and democracy during the Velvet Revolution. The author of the first commemoration of November events in Ostrava is the sculptor Jan Šnéberger.

WHERE DID WE GET TO?

Within the celebrations of 30 years of freedom, we would like to invite you to a discussion with noteworthy Czech sociologist and former dissident, Jiřina Šiklová, on changes in Czech society after 1989. Did the Czech Republic succeed to “return back to Europe”? Did it come to terms with its past? And what is troubling contemporary Czech society the most? Is the Republic really so deeply “sundered”, as they say? The debate which will focus on these and other questions will be hosted by Roman Vido from the Department of Sociology of the Faculty of Arts.

Petr Kopecký from the Department of English and American Studies will discuss the (un)freedom at school as well as in society before November 1989 but also after it with Josef Jařab, an Americanist, translator and literary historian. After the Velvet Revolution, Josef Jařab was the first democratically elected rector in the Czechoslovakia, more precisely at the Palacký University in Olomouc. Nevertheless, his career as a teacher started in Ostrava in 1960s. According to him, how has the educational system changed over the past 30 years? The University of Ostrava cordially invites you to celebrate the freedom and democracy. Come to commemorate with us the key moments of our history and presence and the importance of our society’s cohesion! 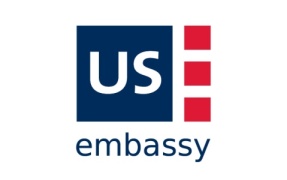 FREEDOM, WHERE DO YOU TREAD?

17th November is the date when we commemorate not only the Day of Fight for Freedom and Democracy, but also International Students’ Day, which is known all over the world and its origin comes actually from Czech modern history. On 28th October 1939, people went to streets and on the occasion of commemorating the creation of the Czechoslovakia, they were peacefully protesting against the then Nazi occupation. The protesting crowds were violently chased off by riot police and Waffen-SS units – the Nazis killed there baker Václav Sedláček and mortally wounded Jan Opletal, a student of medicine. After his funeral, other protests followed and led to the Adolf Hitler’s decision to close Czech universities and to execute 9 students. Besides, more than 1200 other students were sent to concentration camps. Based on these tragic events, 17th November was proclaimed as the International Students’ Day. This was decided on the International Students’ Council in London in 1941. 50 years later, Czech streets were flooded by thousands of people again. It all started with a reverent march organized by the Independent Students’ Association STUHA, which was supposed to commemorate the victims of Nazi terror. The citizens of the then Czechoslovakia used this opportunity to express their disagreement with the totalitarian regime led by communist party for over more than 40 years.

You may ask what kind of republic I dream of. Let me reply: I dream of a republic independent, free, and democratic, of a republic economically prosperous and yet socially just; in short, of a humane republic that serves the individual and that therefore holds the hope that the individual will serve it in turn. Of a republic of well-rounded people, because without such people it is impossible to solve any of our problems — human, economic, ecological, social, or political.. – Václav Havel 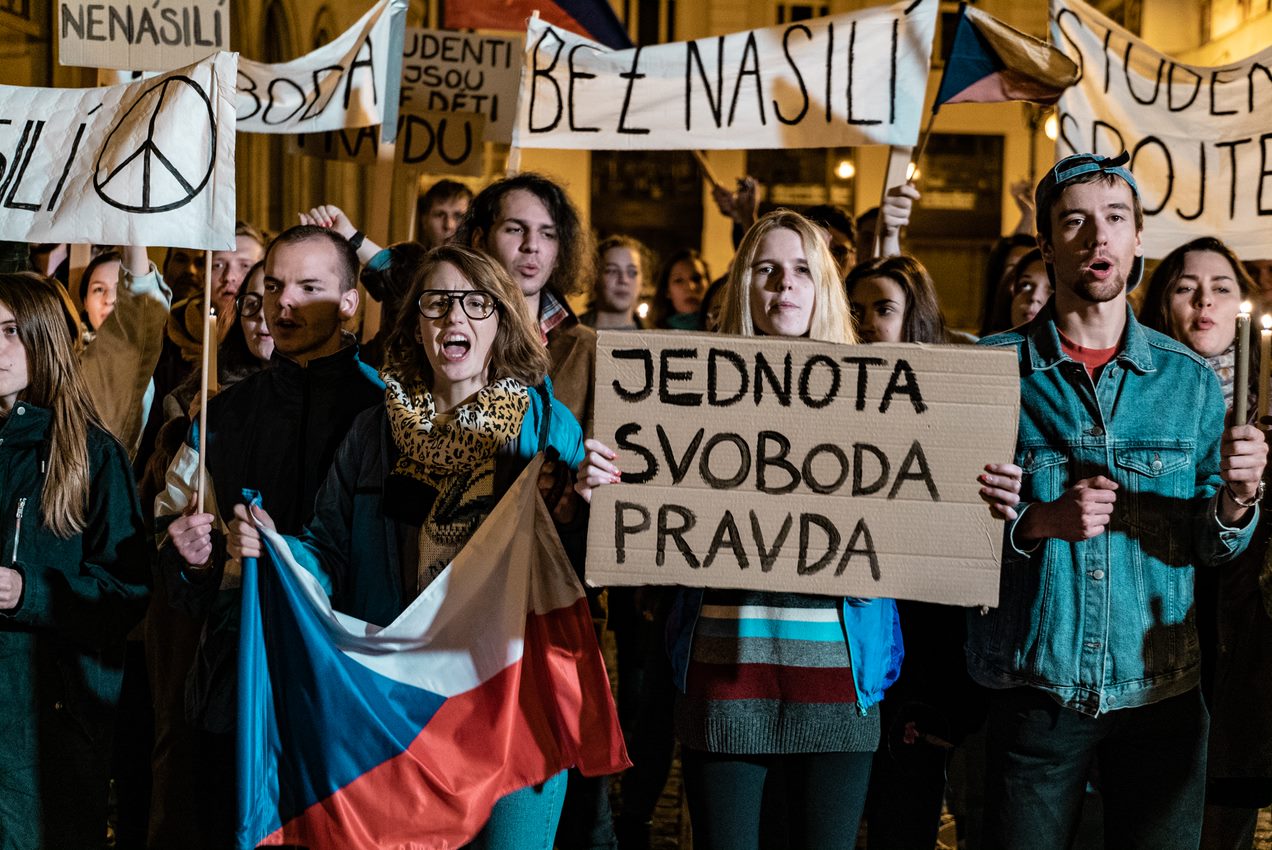 How has the Czech society changed over the past 30 years? How do we cope with newly acquired freedom and have we learnt a lesson from previous mistakes? Are we able to appreciate freedom and to cultivate it in a way which would prevent it from fading in the future? These and other questions will be discussed on the events organized by the University of Ostrava throughout this year on the occasion of the commemoration of key events that significantly influenced the development of the Czech society.

„The University of Ostrava is aware of its role as an educational institution which serves as a bridge between professional and general public. The foundation of our university is closely linked to the transformation of our society into democracy, and that is also why the forthcoming big anniversary is so important for us and deserves due attention,” Jan Lata, the Rector of the University of Ostrava, says. Therefore, the celebrations of 30th anniversary will not be only a historical reflection, but also critical evaluation of the development so far and the manifestation of democracy in social, political, economic and scientific context.

Freedom in mind of Ostrava forever

Thanks to the initiative of the students of the University of Ostrava, the city of Ostrava will have its very first dignified commemoration of above mentioned events. Jan Šnéberger, a sculptor from Ostrava, won an open competition for the realization of this unique act.

„The revolution itself was mostly in the hands of students and therefore it is us, the students, who initiated its commemoration in Ostrava. Our aim is to create a commemorative plaque, which would be a valuable piece of art and dignified commemoration of the Velvet Revolution in Ostrava, because unfortunately, we lack such a thing here,” Stanislav Ožana, a deputy chairman of the Student Chamber of the Academic Senate of the University Ostrava, says. 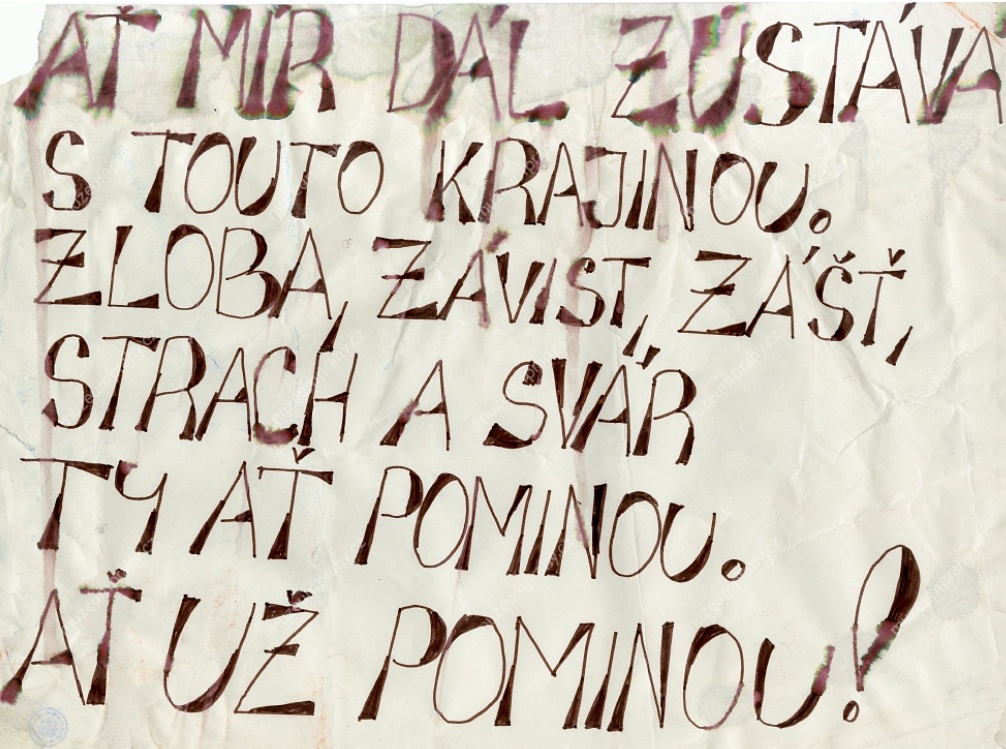