Our small delegation had an opportunity to visit Ms. Redererova’s class during our trip to the Beijing portion of the China Education Expo, a student recruitment fair that took place in five Chinese cities. More than twenty Czech universities participated in this year’s expo thanks to the cooperation and work of Czech Trade, the Centre for International Cooperation in Education and the Czech Embassy in Beijing.

We met with many potential students during the two-day Expo in which we attempted to persuade the students and their parents the benefits of studying at the University of Ostrava. In some conversations we were introducing the Czech Republic for the first time, showing our region’s beauty, our city’s uniqueness and the low-cost of living and education.

In other cases, Chinese students were currently studying in their ‘Slavic studies’ department and were interested in continuing Czech language. Thus the University of Ostrava’s Czech for Foreigners program was of interest.

Our four days in China revealed bountiful opportunities for cooperation among Czech and Chinese Higher Education Institutions. The benefit of having a partner in China provides the most concrete possibilities. Ms. Redererova’s Czech language class is just one example which includes her twelve students studying in the Czech Republic this year (albeit in Brno and Prague) with the support of the Chinese Scholarship Council. Also of note are seven PhD. candidates from Hebei GEO bound for VŠB-Technical University Ostrava next year as part of their school’s initiative to increase instructor’s qualifications.

In end, it was an honor to represent the University of Ostrava and work alongside Vice-Rector for International Relations, Renáta Tomášková. We learned a tremendous amount about Chinese culture and society, deepened our relationship with exchange partners and better understand the interests of their students.

Richard Conaway, International Office of the University of Ostrava 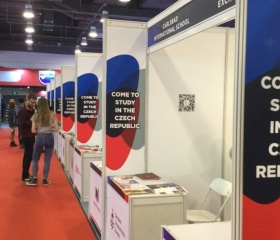 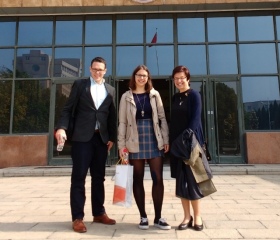 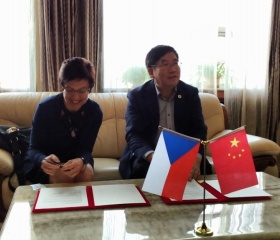 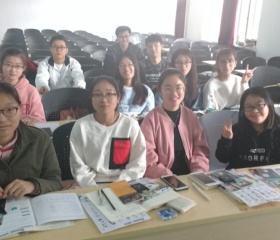 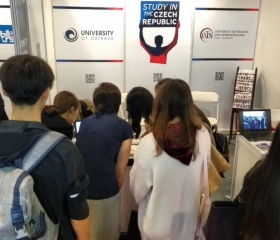 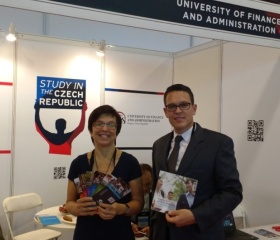